October is my favourite month. Not only does my birthday fall within its 31 days (yay me!), it’s also Black History Month in the UK.

For those who don’t know, Black History Month (BHM) is an annual celebration of the experiences and contributions of Black African and Caribbean people in the UK.

As a Black Briton of Caribbean descent, BHM is a sacred time for me. My people’s history isn’t part of the UK school curriculum nor is it typically depicted on TV or in the cinema.* Considering the increasing hostility towards minority groups in the UK and US, reversing the erasure of African-Caribbean history and present-day contributions from UK discourse is more important than ever.

So, to mark this year’s BHM, I’m giving a shout-out to four of my Black Sheroes – Black British and African American women who I admire and who give me hope that great things are possible if you believe in you.

**WARNING: if you don’t like family-based gushing, skip to the next Sheroe now**

Why I love her: As a first-generation immigrant in the UK, my mum had the almost impossible task of navigating two opposing worlds: her traditional Jamaican home and the often hostile and alien British society. Despite these obstacles, she’s achieved so much – from raising two high-achieving daughters single-handedly to changing careers twice to performing her first dance show well into her 50s. I’ve learnt so much from her: how to be resilient and brave; the power of forgiveness; the importance of living a life filled with laughter, love and fun. Lessons to live by!

She says: “If you know better, do better.” 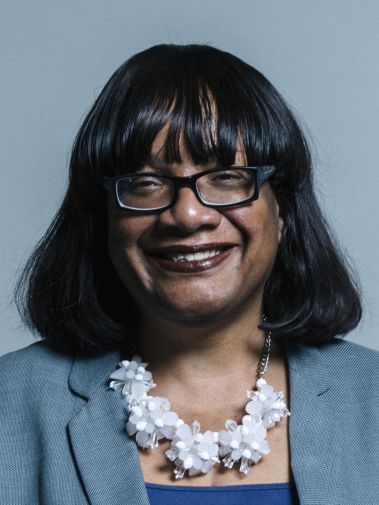 Why I love her: Whether you love or hate her policies, you can’t deny that Diane Abbott MP is a political trailblazer. Not only did she go to Cambridge at a time when few like her were admitted (what’s new?), she was the first Black woman to be elected as a Member of Parliament (MP) in the UK in 1987.

Despite facing a torrent of racist and sexist abuse throughout her 30+ years in Westminster, Diane has carved out an impressive political career while serving her Hackney North and Stoke Newington constituents and the Black British community well.

As a recipient of the London Schools and the Black Child (LSBC) Awards – which Diane set up to recognise and improve academic achievement in Black students – I’ve seen how much she cares about inspiring and celebrating young Black people. And for that, she’ll always have a special place in my heart.

She says: “In the novels I read, people tended to go to Oxford or Cambridge. Nobody told me that working class or black children didn’t go. So I thought, why not me? Going to Cambridge gave me the sense that obstacles were there to be overcome.”

Why I love her: Anyone who knows me, knows my love for Ms Serena Jameka Williams runs deep. She’s got it all – strength, grace, power, beauty and a career record that most can only dream of. To date, she’s won 97 career titles, including 39 Grand Slam titles, and is a four-time Olympic gold medallist. Yes, you read correctly.

I’m particularly inspired by Serena’s discipline and drive; her willingness to show her emotional side and her commitment to speaking out against injustice both on and off the courts. She has broken through several glass ceilings in the very white world of tennis, and in doing so has made the game more accessible to younger players (especially Black and Brown ones) and spectators. And that’s why she’s the GREATEST ATHLETE OF ALL TIME (aka GOAT). Period.

She says: “I’ve grown most not from victories, but setbacks. If winning is God’s reward, then losing is how he teaches us.” 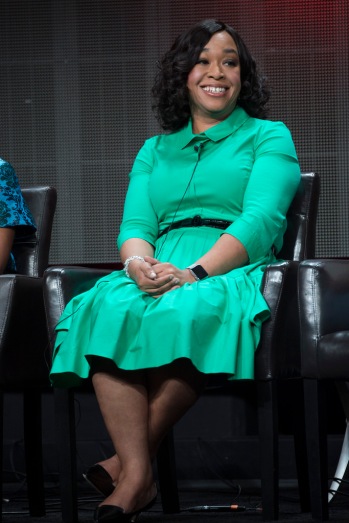 Why I love her: Last, but by no means list is the creative badass that is Shonda Rhimes. When it comes to storytelling, she’s one the best, as evidenced by her runaway success as showrunner for Grey’s Anatomy and Scandal, and as an executive producer on How to Get Away with Murder. Through these shows, Shonda has gifted us with multi-dimensional characters who not only reflect the diversity found in real life but are defined by their personalities rather than their visible ‘otherness’.

Reading Shonda’s memoir, The Year of Yes, and listening to her Dartmouth Commencement Speech were two life-changing moments for me. Here was a highly influential Hollywood executive inviting you to laugh with her as she recalls memories of her geekier younger self and encouraging you to live your best life. And after having recently revealed that she’s the highest–paid showrunner on earth after years of dominating the coveted Thursday primetime TV slot in the US, Shonda is doing just that.

She says: “Cynicism is a choice. Optimism is a better choice.”

*The two exceptions to this ‘rule’ are the Transatlantic Slave Trade and the Civil Rights Era in the US which have been covered extensively in the arts but make up only a small fraction (less than 500 years) of African and Caribbean history.